“Throw it away and buy another”, was what the British Chancellor of the Exchequer (Finance Minister) shown as a dowdy school ma’m, says in a cartoon in the 1960
s by Sir Da

vid Low, considered one of the greatest cartoonists of the world, conveying to the students in the classroom her assessment of the British economy then. The economy needed not saving or austerity but increased spending to remedy the stagnation it had reached.
“Send yourself a five bob telegram,” she added, if my memory of the cartoon in Manchester Gaurdian is right. In the age of E-mails and SMS, you cannot send telegrams anymore, but the idea of throwing away anything at the first sign of its failure and buying another seems to have caught on.
When a mixer-juicer stopped functioning due to a broken washer or some such reason I, not being a follower of the throw-it-away culture, thought of getting it repaired. With thousands of apartments around the one were I live, I expected several service centres in the vicinity. Hours of search revealed there was none.
So I walked into a kitchen appliance dealer of a reputed brand to ask about the nearest such centre. He did not know, and said if the appliance was of the brand he sold I could leave it there are collect it next week, but an appliance of another brand would not be repaired. Buy a new one, he advised. END_OF_DOCUMENT_TOKEN_TO_BE_REPLACED 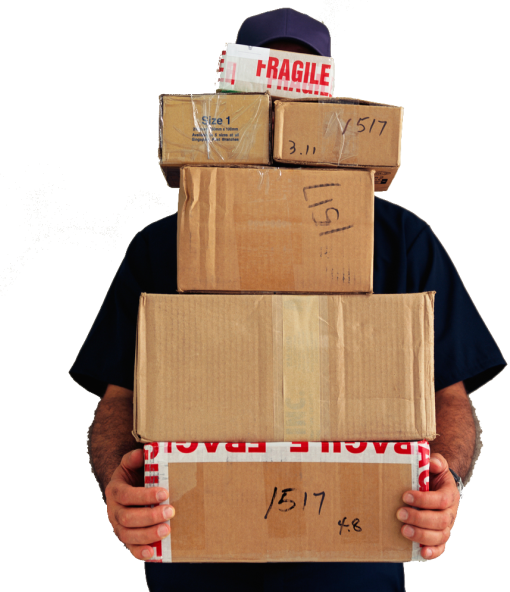 A rose by any other name, Shakespeare said, would smell as sweet, implying that there was nothing in a name. The Bard, nearly 500 years ago, could not have known that a name is all that matters in India. A Indian-language name is scorned and an English name applauded, even if the product or service is much worse.
Those who did business in Western India a few decades ago cannot be unaware of angadias. An angadia in a Gujarat town or in Mumbai (then Bombay) could be entrusted with huge amounts of money, gold or diamonds to be delivered in another town and would faithfully do so within 24 hours. The angadias would not load the material into a truck, train or plane but personally take it. The money would be delivered by hand following a message passed on to an associate – in the days before STD, when a booked ‘trunk call’ was costlhy and took hours to materialise.
It is said several crores of rupees used to be transferrered thus daily, mostly between Mumbai and Ahmedabad. Any amount, jewellery or diamonds handed over to anangadia was presumed to have been received. Angadias were reputed to have risked their lives and travelled thousadns of miles every month to execute the job. Hundreds of train or even air tickets were booked for them on almost every day of the month.

A Pune newspaper which did a feature on angadias in 2013 was flooded with responses, asking how to get a job with an angadia or start such a business. The respondents included senior bank managers who took voluntary retirement.
The institution grew so strong that Angadia became a surname in Gujarat’s Kathiawad region. The unorganised, unofficial transfer route was popular with traders not only because the money was mostly unaccounted (read ‘black’) but also for its reliability, in sharp contrast with what is now derisively called the ‘snail mail’ – the Postal Department (then called P&T – Post and Telegraph). END_OF_DOCUMENT_TOKEN_TO_BE_REPLACED

Everyone should, I am told, write his or her obituary once in a while. The bio-data or CV is aimed to impress, to show off, for a benefit. Given that one is not there to benefit after death, the obituary has no such goal. It is a stock-taking of achievements and failings, an assessment of success or failure in achieving socially accepted life goals.

And such an assessment is all the more important when one sets a theme on one’s blog, as I did years ago, which says, quoting Gerard Way: ‘One day your life will flash in front of your eyes. Make sure it is worth watching’. It is believed this happens at the moment of final departure, when it is too late to make amends.

The question of being remembered after death does not arise for those who are forgotten long before that inevitable event. As a mere foot-soldier of my profession, writing it when still able to write, however badly, is essential for me as no one else would do it later. Generals win wars. Soldiers only obey — and die.

However, I did have an obit written not by one but three friends. Just out of sheer kindness an eminent journalist and editor who was once my junior, published a review of my book in his magazine – long after I dumped it as trash no journalist would read. (As many would agree, reading a book is not necessary to review it.)

And he shared the review on Facebook, the world where, instead of the Earth, most of his generation live.  The review was of no use in promoting the book, but three of his friends (who did not read the book) commented on the review, not knowing that jointly, the comments would read like an obit.

It was an eye opener. All that they remembered was a man who talked too much and edited a magazine financed by a shady character. It did not matter that the “conversations” came from being too long in the profession, having started at the age of 17 and having worked in several States.That the weekly’s publisher was a false-front for a shady financier and hid the fact did not matter, as also the fact that the magazine did not even figure in the 14 jobs I changed. All the rest were forgotten.

It was sheer naivete not to realize that no one wants to know or listen.    Too many memories and too much experience do not mean you know anything. Google tells them all they want to know.

Google will direct you to thousands of links to obituaries. Website ‘Notey’ will provide you ‘Your Daily Dose of Obituaries’. Many Western newspapers blog their obit column separately. Had they read the book the friends would have found out about a Gujarati newspaper which carried pages of classified obits. When you are in seventies  the first thing you see in a newspaper may be the obituaries column.

Writing self obituaries, one of the websites says, is a standard exercise in many literature and communication courses. Every newspaper has, or was supposed to have in the days before the Internet, a “morgue” of periodically updated obits of all eminent persons. In the race for being the first the media today cannot wait for an event – it has to anticipate and be ready.  Now you can download from the world wide web.

When Jawaharlal Nehru died the Press Trust of India did not have an obit ready and had to send two taxis to the Karolbagh residence of K. Ishwar Dutt to have the obit he wrote ferried para by para to its office near Parliament . (Sorry, old stories again — who cares?)

These are the days of capsuled news. Of the many things you did, only one or two will be remembered, if at all.  So, before the occasion for writing the obit arises, decide on what that would be.

It may change the course of your life.