Tomorrow is the Union Budget day, for the first time in India on the first day of February instead of the usual last day.

The start of the new financial year on All Fools Day (April 1), financial year closing on March 31 and presentation of the Budget on the last day of February, with a separate Railway Budget on the day before it, have all been blindly accepted in independent India as the British government was following it.

India being an agricultural country, its festivals and traditions centre around farm practices and a way of life dictated by agriculture. That was the reason Sankranti, Lohri or Bihu,the harvest festivals,come in January when the sun changes its course.

The independent country’s first rulers, however, chose to follow the industrialised England’s parliamentary practices instead of those of agricultural India. The Budget day brings back to me the memories of my pre-Emergency parliamentary reporting days, carrying the bulky budget books, trying to make sense of the allocations and levies and getting the reactions of different political leaders to the Budget.

Then, after a few years of doing it, it becomes obvious that the leaders would react in a fixed manner, whatever the Budget decides. Perhaps they do not even understand its provisions, or may have even slept through the lengthy speech.

Their reactions have been so predictable that yesterday, two days before the Budget, a friend sent on WhatsApp, the reactions of all the parties. The likely budget ‘reactions’ on February 1, 2017, after the budget, according to him, are”

1. BJP– “It is a pathbreaking, pro-farmer Budget and will help the last person in the society.
2. Congress – An anti-poor Budget that will increase inflation.
3. AAP – The Budget has been framed only to benefit Adani and Ambani.
4. CPI & CPM – It will serve American interest and result in mass unemployment.
5. JDU – Nothing special, wasted opportunity.
6. RJD, TMC, SP and other ‘chillar’ parties – The poor and downtrodden will suffer more.
7. BSP – It is a Budget of the Manuvadis to favour upper castes
8. Shiv Sena – It is am anti- Maharashtra Budget exposing failure of BJP and Modi.
9. CII, Assocham, FICCI – This Budget will kick-start economy and encourage private investment.
10. NDTV, India today, Network 18, Aaj Tak, ABP, etc – Nobody seems to be happy with the Budget, it is likely to create problems for the NDA government.
11. Times Now, Zee, India TV – A great Budget, it will help BJP in elections.

The ‘reactionaries’ are so predictable that asking them for their views seems to be a waste of time. Their reactions are as predictable as the enquiry committee reports appointed by politicians. If the party in power favours a particular project, the study will say it is beneficial. Even’expert’ or technical committees give reports favouring the views of the political bosses.

Perhaps the findings are written in advance and those who agree to put them in their reports are appointed to conduct the enquiry or study.

Of course with fat emoluments and perks.

All I know about cricket is that they do not have goals. I  am amused at people watching

the  game for a full day and getting tensed up, or at girls running after cricket ‘stars’ for autographs.  So I am not a  fan of any cricketer.

And yet I felt Rahul Dravid refusing to accept an honorary doctorate from the Bangalore University  deserves to be applauded. Of all the cricketers in India, Dravid appears to be the most mature, level-headed and humble.

The University had announced that Dravid would be conferred an honorary doctorate on Friday, January 27. The cricketer politely declined the honour, saying that he would like to accomplish research in sports and earn the degree.

he Tamil people’s fight for lifting the ban on Jallikattu, the game of taming fierce bulls, has taken a strange turn –  it became a leaderless, directionless, violent, agitation with new demands being added to it every day.
It took an ugly turn with the National Flag burnt and slogans raised against  Prime Minister END_OF_DOCUMENT_TOKEN_TO_BE_REPLACED

Republican Donald J. Trump, sworn in  at an elaborate and colourful ceremony on January 20,  was perhaps the  most ‘unthinkable as President’.

In a country described by President John F.Kennedy as a ‘nation of immigrants’ he opposes immigration, dashing the dreams of millions from underdeveloped countries like India, who look up to the USA as a land of opportunity where merit alone determined their ascent and success, instead of skin colour, gender, faith  or nationality.

Taking oath on the steps of the Capitol Hill as the 45th President of the United States, he declared ‘America first, Buy American and Hire American’ would be the cornerstones of his policies and action.This, it is feared,  may lead to   protectionism and isolation, as against globalization and free trade, both pioneered by the USA. END_OF_DOCUMENT_TOKEN_TO_BE_REPLACED

This is the dreaded day. Forces of history and social-economic factors have made Donald Trump the President of the United States of America.

And today is the ‘coronation’ of that ’emperor’ who takes over from Barack Obama, the first END_OF_DOCUMENT_TOKEN_TO_BE_REPLACED

The printed word, my profession for the last 58 years, has lost its credibility.  No one believes in newspapers anymore.

The first informant to the people in general, in most cases, is not a newspaper but the electronic media. Of them TV has fallen to the lure of TRPs, which earn them the moolah. END_OF_DOCUMENT_TOKEN_TO_BE_REPLACED 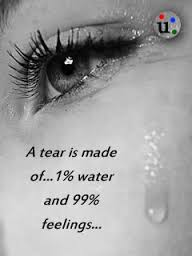 In almost every culture in the world children grow up hearing that it was right for girls to shed tears but “big boys don’t cry”. Tears are said to be a woman’s biggest weapon and her winning argument.

Men are taught to hold back their tears, at least in public.

This is a culture-imposed stereotype. The reality is that some people are easily moved to tears – by a touching event or memory, not necessarily by tragedy – while others are not, whatever their gender. The propensity of women to burst into tears is, perhaps, more of a culture-imposed habit. END_OF_DOCUMENT_TOKEN_TO_BE_REPLACED

Here are some ideas. You can print it out and write a post on EACH of them – ticking off what you have finished.

Writing on politics, I had said in a blog post (‘Scavenging With Pen‘) has been a dirty job which I tried to avoid.  But you cannot escape it when political sloganeering defying  logic is unthinkingly accepted by many  as truth.

Congress is making a hue and cry over a picture of Prime Minister Narendra Modi  in the Khadi and Village Industries Commission (KVIC) calendar and diary for 2017. KVIC  has pointed out that the Mahatma’s picture was omitted from the  1996, 2002, 2005, 2011 , 2012 and 2013 calendar  during Congress rule. No one had raised a finger then. Quotes from the Mahatma were on most pages of the  new calendar and diary, KVIC said.

True the KVIC should not have put Narendra Modi’s picture there, as END_OF_DOCUMENT_TOKEN_TO_BE_REPLACED

When you are over 70  ( unstoppable or not), old age and death never cease to be on your horizon. Your eyes drift to the obituary column involuntarily. Some put up a cheery facade and hide those thoughts. Others like me plan a book like ‘THE OUTHOUSE ON THE FIRST FLOOR – Coming of (Old)Age in India‘ only to abandon it as no one takes it seriously.

The first confrontation a working person has with old age is retirement.

Retirement is traumatic. When 59 years, 11 months and 29 days old, you are an earning member doing your duties diligently. The very next day you are considered useless. From a contributor to the economy, you become a human parasite, a burden on the society and on your own family.  In the USA END_OF_DOCUMENT_TOKEN_TO_BE_REPLACED