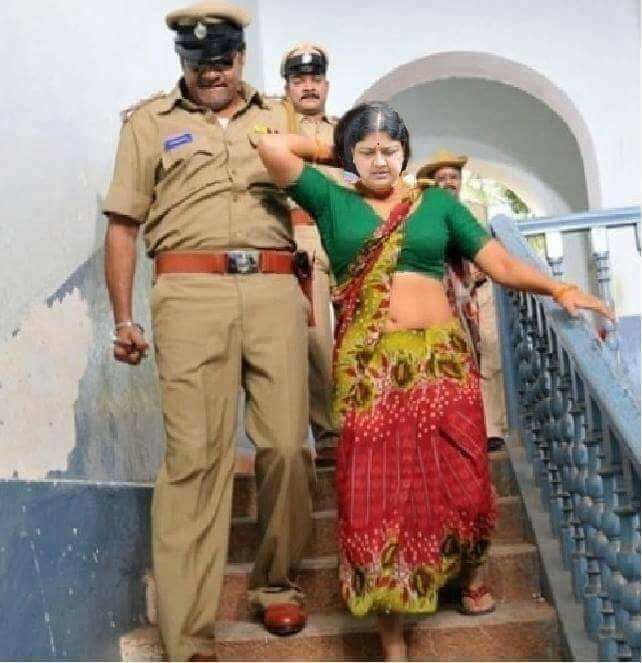 The ight of choice is the  essence of democracy.

We are an independent, democratic, nation because we choose – between our caste and the rival caste, between fair and black faces, between the known devil and the unknown.

We choose between prostrating, grovelling and cringing before a fair lady and a black man who was doing the same along with us just a few weeks ago. All because she danced around trees with a ‘star’ whom we adored.

The prime minister or chief minister being ‘primus inter pares’ (first among the equals) is a foreign concept. We proudly choose the Indian concept of feet-touching.

With our preference for white skin over black, we chose a fair woman over a black  man, both equally subservient, equally ‘qualified’ – one a housekeeper and the other a man  who ran errands as dictated. Choice is our  democratic right.

TASMAC, owned by the AIADMK=ruled Government of Tamilnadu   issues regular orders to Midas Golden Distilleries (P) Ltd, a distillery owned by Hot Wheels Engineering (P) Ltd  and Signet Exports (P) Limited (97% of shares together held by Sasikala and  her sister in law Ilavarasi (also convicted by Supreme Court today). This, I am told,  was revealed  in a reply under the RTI  Act.

So a proper lion to replace a lion.

What if the leader of  semi-starved poor people owned 750 pairs of shoes, 10,500 costly sarees, 91 watches and several hundred other valuables,  a massive 24,000 sft ‘house’ in the poshest locality costing over Rs.100 crores besides commercial buildings  in Chennai, Hyderabad and elsewhere?

We,  who do not lift a little finger to help people dying of hunger or children who forego treatment for want of funds, ‘donated’ millions all to her.  Our democratic  choice.

The 1197 acres in Tirunelveli, 200 acres in Valajapetta, 100 acres in Otthukkotta, 25 acres in Shiruthavoor, 200 acres and another farm of 100 acres in Kancheepuram, a grape garden of 14.5 acres in Jeedimetla  (Ranga Reddy district, Telangana) 1600-acre  Kodanad Tea Estate with  a bungalow in Nilgiri, 800 kg  silver, 28 kg  gold, two Toyota Prado SUVs, a Tempo Traveller, a Tempo Trax, a Mahindra Jeep, an Ambassador car , a Mahindra Bolero, a Swaraj Mazda Maxi and a  Contessa together worth around Rs 42,25,000 in 1997,  are all her hard earned possessions.

In a democracy  we are free and equal to earn with hard work and are admired for it. A Socialist leader who was BPL card-holder  becomes a ‘Karodpati’ in 10 years are we praise him for it.

A ‘Dalit’ leader who was a school teacher before entering politics has property worth crores and several statues all over the state. And yet people vote for the leader. We are, you see, a democracy – in which ‘ministers’ sit on the floor at the feet of the leader who sits on a ‘throne’. Carrying the leader’s shoes is a democratic right.

Court cases against such great leaders are a conspiracy and would have never come about in their own states. A good lawyer can convince lower  courts that there was nothing illegal in becoming so rich without doing anything. If he fails, you can still enjoy it all for decades

And there is absolute equality. A poor constable caught taking Rs.50 as bribe to  pay his child’s school fees can also hire the same lawyer paying a few crores. Anyone can. “Even if one rapes a child before many people, I can get him acquitted,” a lawyer once boasted.

And many lawyers do.  After all  courts are concerned only with laws and have nothing to do with justice.

As a democracy we are entitled to have any ideology – even rule by a dynasty. Was that not a part of our culture and history? A jailed chief minister can call out his uneducated wife from kitchen and make her the chief minister thrice, to rule from the jail.

The son of a CM killed in an aircrash expected to be  sworn in as CM and was shocked when he was not. A clear case of discrimination between the  South and the  North where an assassinated PM’s son takes her place automatically and a the senior most minister was ostracized just for mentioning  his seniority.

And if the ‘ruler’ does not have a ‘heir’. he or she can choose her ‘successor’. An aide or a housekeeper can take over.  Any MP or MLAs  who murmur is a  .traitor to be  thrown out.

Not once, anywhere in the country, did it occur to anyone that the MPs or MLAs can elect their own leader. Most parties never thought that its members could elect their president.

Electing poses problems in a society with many languages, religions and castes. It is easier to nominate.

So we made a ‘democratic’ choice  – to be sheep that follow a ‘leader’ blindly.