ONE OF THE FAMOUS POEMS by John Milton (Don’t know? Ask Google) is ‘On His Blindness‘. That set me thinking —  of MY future blindness.

One of my parents went blind due to glaucoma (eye pressure) months before death. I was told that it was genetic and so I must get checked. Expectedly, when I did, it was glaucoma. Anyone whose parents (or one  one them) had glaucoma MUST have an eye-check, I was told, After expensive field vision tests thrice, I was just told to take care. No surgery was advised. Perhaps it was too late.

So, resigned to turning blind (again, I hope, just for months before death) I downloaded seve 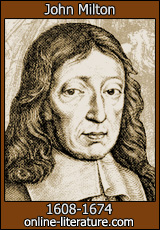 ral  of Librivox audio books. After hearing 19 books of  P. G. Wodehouse,  it occurred to the old cerebrum: Without sight, how can I know which book to hear and how to start it on the device?

So that set me thinking about blindness and trying to find my way around with eyes closed. I recalled a delightful essay by E. V. Lucas, (who? Google again) which I read decades ago, about a small puppy he named ‘Lord of Life’ for its liveliness. Just to know how  the puppy looked at the world,  Lucas went around on all-fours looking up at people and things.

That gave him a new view of the world.  But how about people who had no vision, or sight, at all? After my social work  group organized a vintage car rally with blind navigators carrying route directions in braille, it occurred to me that the whole society/community/country is blind – to the plight of the blind.

So I planned (but could not put through) a public awareness drive with several persons marching blindfolded, running into people, bumping into things,  carrying placards on how to treat the blind and respect the white cane – the worldwide symbol of the blind.

It was again  in my social work days that I learnt about white cane, mobility training and serving blind people (“The curry is at 9  0’clock and Dal at 3”  would make it clear to them when an Indian food plate is kept before the blind).  In those days a blind Ph.D.  student told me how she could match the colours of her saree and blouse. She associated a colour with each texture she knew by touch – like rayon, linen, cotton, silk, poplin or Georgette.

Editing reports for a consultancy firm, Erin, I found there a blind telephone operator who remembered people by voice, could dial numbers and give extensions. He was also the captain of the state’s blind cricket team.

I recalled interviewing as a cub reporter some 60 years ago, an Indian professor of  New School of Social Research, New York, who went around that bustling city with the help of just a  white cane.

In India he would have fallen into road potholes or on uneven footpaths, abused, pushed around, bumped into and shouted at by many: “Are you blind?”

Or was it the sighted people around, blind to his white cane and black goggles, who were really blind?