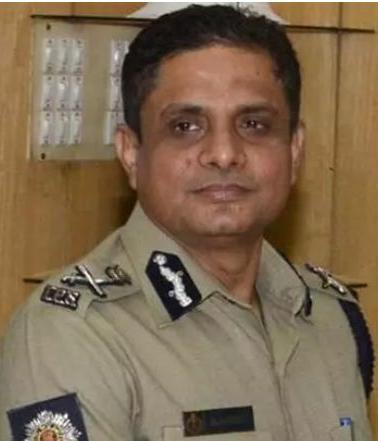 MUCH NOISE has been made on the issue of CBI (Central Bureau of Investigation) going to the residence of Kolkata police chief Rajeev Kumar, IPS, to question him about alleged dilution of cases against ruling Trinamool Congress (TMC) leaders involved in Ponzi schemes in which thousands of people were defrauded of millions of rupees.

West Bengal Chief Minister Mamata Banerjee (‘Didi’ for all) sat in Dharna (protest squat) with Kumar to support him. Eight years ago, she accused him of snooping on opposition leaders!

Most political leaders decried the ponzi (chit fund) schemes. Many citizens, mostly the poor who wanted to get rich, were cheated.

The critics included Rahul Gandhi, now President of the Congress. He now supports Didi, in a U-turn, as Didi backs ‘mahagut(ter)bandhan’, the anti-BJP grand alliance that may make Rahul the next PM.

The Supreme Court first warned the police chief against destroying evidence and then the CBI against arresting him. Now it said he can be interrogated at Shillong. Both Didi and BJP claim they won!

From what appeared in the media, the CBI only wanted to question him. The big drama put up by Didi led to suspicion that Kumar knew too many of Mamata’s secrets or of her support to the fraudsters.

It is widely believed that police dilute cases to ensure that those with clout, especially political, are acquitted by courts. Often such cases are dragged for decades by police

Such people, like the Congress MLA of Karnataka who tried to kill another, become ‘untraceable’ even if they are in a minister’s house or sit in a police station.

“CBI has questioned George Fernandes, Narendra Modi and Amit Shah under Congress control very peacefully and found nothing to indict them. These mahagath- bandhan screechers are like terrified chicken when the CBI goes near them. Wonder why?“,Jaya Jaitly a close associate if Fernandes, who died recently, said in a Tweet.

The SC had dubbed CBI a caged bird (perhaps during UPA rule?) It is astounding how many state agencies — like intelligence agencies, police, inquiry commissions and even lower judiciary — are caged birds.

So many probe panel reports have concluded just what the ruling party wanted, that one suspects the report is written in advance and only those who endorse it are named to head the panel, which only buys time or hides the issue under the carpet.

It is time an independent agency free from political influence is set up. Three US Presidents, Nixon. Clinton and Trump have been cornered by such an agency.

Caging birds is cruel. It is time they are set free.