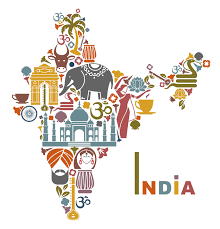 This was being written in a hospital. During almost a month spent outside Intensive Care Units, Operation Theatres and in wards, there is one thing that made me think deeply about and stirred memories: how we, in India, are not Indians but Kannadigas, Telugus, Maharashtrians, Biharis or……
It brought back memories of an editor, imposed on the local edition of ‘national’ (in reality ‘notional’) English daily, who was being introduced to the seniors there. “I hate Malayalis” was his instant reaction when introduced to a Malayali sub-editor and “I hate Kashmiri Pandits,” when it was the turn of a KP senior journalist.

Old friends occasionally remind me of a conversation piece I used to use 40 years ago to make people at informal get-togethers talk: “Give a Telugu man a million rupees and he would take the first train to Madras (now Chennai), try to produce a film and lose it all. A Bangalore Kannadiga would invest it in real estate and earn enough rent to live on. Give a Marathi manus the money and he would put it in a bank to live off the interest. A Marwari would lend it at high interest to double it in a year or two. A Gujarati would put it in business to make a lot of money, not wealth, while a Punjabi would start an industry, create jobs and add to national wealth.”
What made me think of these silly stereotypes about different communities was the fact that in all the major hospitals, the lingua franca of the nursing station is Malayalam (just as that of Marwari-owned Indian Express group till recently was not Hindi or English but Tamil). Over half century ago nurses in a Vidarbha town agitated, asking for rice which was scarce after the 1962 China war; they ate just rice alone (that too parboiled rice), as all of them – not just most – were from Kerala.
Imagine mid-1960s, when most towns were not as cosmopolitan as they are today. Imagine chuni-bhakar eating, Marathi-speaking Amravati town in land-locked arid Vidarbha and Kerala where it rained, rained and rained and you crossed rivulets every few miles and young girls from there who spoke nothing but Malayalam and even English that sounded like it. Coming hundreds of miles away, they kept hospitals there – and at equally far and unfamiliar places – running.
Some countries in the world today look to India for trained, dedicated nurses. And there would have been no nursing in India but for these young Malayali girls, an overwhelming majority of them Christians.
The argument that they came just because there were no jobs in Kerala is simplistic.That does not explain the tremendous sense of patience, dedication and compassion almost all of them show. Their Christian roots and belief in Jesus washing the wounds of a leper must have something to do with it.
Had Christianity been not so widespread in Kerala, God’s own country, that state may not have been the pioneer in the nursing profession.
Just when these thoughts were in my mind, a man who rose to eminence for a movement against Malayali pavement shop-keepers in Bombay (now Mumbai) was in hospital (perhaps being served by Malayali nurses). His Shiv Sena later spread the hatred to other groups too, but I don’t recollect his ever assailing the near monopoly of Malayali nurses.
The ‘sons of the soil’ could start roadside shops, sell duplicate goods or take up office jobs to end the dominationof Malayalis in these areas, but the daughters were not equally forthcoming to take up nursing, with its night duties and not-very-easy, often unpleasant, hard work.
This is not the occasion to discuss Balasaheb Thackeray, who is no more, or his ideology, but one cannot deny that the very mention of his names brings forth the hate-images most Indians have about communities other their own. It was not very long ago that most people (even educated) in the Hindi belt thought everyone in the South was a ‘Madrasi’, that Telugus used to refer to Tamil language as ‘aravam’ (unpleasant to the ear), that a Marwari was regarded as a ‘makkhichoos’ or kanjoos (miser), a Marathi a lazy ‘ghati’ or a Bihari as uncouth and backward. Sardars in north, Nadars and Chettiars in south have been butt ends of jokes for decades. In UP brainless, dull people are called ‘Balliatic’ – people of Ballia district. And it produced a former Prime Minister – the late Chandrshekhar!  Warari Manse (Vidarbha people) are supposed to be backward, unsophisticated. There are many more such prejudices.
Similar to these prejudicial stereotypes and mutual mistrust among communities and associating them with some professions.

Some jobs are traditionally linked to certain groups – like Malayalis and nursing.
In the days of the freedom movement there was a joke about Netaji Subhashchandra Bose addressing a predominantly-Tamil audience in Mumbai’s Chembur-King Cross area. The Congress then was split between the followers of Gandhiji and Netaji. Reportedly,
Subhash asked: “Gentlemen, are you moderates or liberals?” and the audience, in one voice, answered: “Sir, we are stenographers”.
Just as most stenos, at one time, were Tamilians, earthwork was (and to some extent is) mostly done by Telugu ‘Palamoor labour’ (Mehaboobnagar in Telangana was originally Palamoor), foundry work by Biharis, retail shop-keeping by Marwaris and Sindhis, timber trade by Gujaratis and taxi drivers (at least in Mumbai) were men from the UP-Bihar area. Locksmiths and duplicate key-makers are mostly Muslims, mainly from Aligarh (UP) famous for its lock-making industry. Most of the male cooks, who satisfy the hunger of many IT employees in Bangalore apartments, are from Odisha. A majority of the ‘pourakarmikas’ (sweepers) of civic bodies in Karnataka are from Andhra. A closer look will reveal many more such links. Say you are a Patel in USA and it would be presumed you run a motel.
How wrong today these stereotypes are need not be proved to any intelligent person.
I knew a senior Bihari journalist who was so impressed by the translation of a story by Masti Venkatesh Iyengar that he learnt Kannada to read his original works. A Tamilian, Viswanathan was a well-known Bengali film actor. Most actresses in Telugu today are from other languages. RangeyaRaghav, a Tamilian, was an eminent Hindi writer. P.V. Narasimha Rao spoke excellent Hindi and Marathi besides many other languages. Yester-year’s J. V. Raman (of DD) and today’s SitaramYechuri and Swami Agnivesh, all Telugus, speak better Hindi than quite a few Hindis. Those resorting to goondaism to “protect” Kannada are ignorant about three Gnanpeeth-award winning Kannada authors with roots in other languages – Masti in Tamil, Bendre in Marathi and Gundappa in Telugu. That is the greatness of Kannada. Such examples can go on and on.
The resources, geography and climate of a region influenced traditional occupations and led to cultural and behavioural peculiarities that created such stereotypes. With changing times the behavioural patterns changed. Comedian Mahmood’s ‘Madrasi’ said ‘ayyo’ in every sentence and spoke horrible Hindi. Today many South Indian politicians speak fluent Hindi (while hardly any northern leader can speak a southern language). Anyone who finds another’s language unintelligible and funny should know that his own tongue sounds just the same to the other.
And yet these stereotypes live on.
They may provide some fun when used for jokes. But they are dangerous if they lead to the “I hate….”  syndrome.