By Ira Pande (Republished by Someswar) 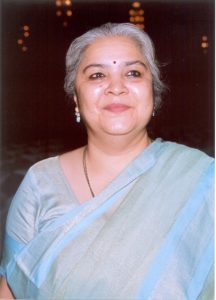 The author of the piece below is an erudite, illustrious lecturer, author, editor and daughter of the well-known Hindi novelist of yesteryears, Shivani.

Ira Pande retired as the Chief Editor from the Publicity Division of IIC, New Delhi.

Her article amply highlights the dilemma of our ‘intelligentsia’, which has NOT been able to rid itself of the pernicious vestige of decrying Indian heritage and legacies

‘Kashmir is an integral part ofIndia‘. I have heard this line parroted by leaders of all political hues.

It has always sounded like an arbitrary statement designed to rebuff Pakistan, and to reaffirm India’s military might over a coveted geographical area.

Recently I came across facts that have totally changed my perspective on Kashmir. facts that have astounded me, but more than that baffled me, for they reveal glaring lacunae in the history we have been led to believeso far.

It is understandable that the British established a syllabus for us that was designed to obliterate our glories and inculcate shame in us for all things Indian. But, 70 years past independence, we are guilty of still toeing their line.

Thesee facts are proof that Kashmir is the fountainhead from which flows our culture, in fact, everything that defines our identity as Indians.

Due to my education at an elite school, I had considered myself reasonably well informed.

Yet, I had no clue at all about the significance of Kashmir vis a visIndian history and

— that it was home to Panini, whose Ashtadhyayi is considered the most scientific and flawless treatise on grammar in the world… –

— and of Patanjali, who gifted to humanity his Yog Sutra.

— Sharangdev, considered the father of both Hindustani and Carnatic music is from Kashmir

— Acharya Abhinav Gupt, one of the greatest scholars of all time, who wrote 46 literary classics, including the renowned Abhinav Bharti was Kashmiri.

His principles of Ras (emotions) are taught in 80 universities around the world.

Kashmir was considered the abode of Saraswati, the highest seat of learning in India and was also referred to as Sharada Peeth.

So much so that when students graduated from Kashi, they took four symbolic steps towards Kashmir, denoting their aspiration for higher learning.

Almost the entire body of Sanskrit literature has its origins in Kashmir.

Rajtarangini, an authoritative historical tome on the royal lineage of Kashmir, written by Kalhans in the 12th century, outlines the greatness of King Lalitaditya, possibly the most powerful Indian Emperor of all times, whose kingdom in the 8th century extended from the Caspian Sea in the North to the Kaveri basin in the South, and included Assam in the East.

How many Indians have even heard his name???

How many of us know that Srinagar was established by Ashoka or that Mahayana Buddhism was spread across mid-Asia, China and Japan by Kashmiri monks?

Who are the ‘educationists’ who deliberately withheld such vital slices of history from our textbooks?

How will the present as well as future generations realize that Kashmir is the keystone of our heritage through millennia, finding mention even in our oldest scriptures?

It is not just a piece of land. It is the abode of the soul of India

‘Kashmir is an integral part of India’ now has a new meaning for me. It is no longer a political statement, but an impassioned understanding of its importance

I reproduce this because many who read it were surprised that they never knew these facts. Now ‘liberal’ ‘intellectuals’ of ‘tukde tukde’ gangs may say she is wrong and that Kashmir belongs to invaders from abroad who conquered peace-loving people.

That may get them votes, for which they care more than for India