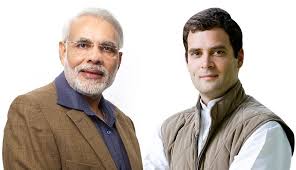 EVERYONE IS ON a WhatsApp group today, unless he/she is in coma, cut off from the world or absultey unique.

The number of people who send a ‘Good Morning’ and ‘Goodnight’ message (or several of them) every day on their smartphones in India,despite its high illitracy, is astounding, as is that of users forwarding, without checking or even reading often, what they receive.

No wonder, therefore, that Indians are among those using this messaging app most. Facebook, which owns the app, had to set some special terms, like ‘ only five forwards’ for India and later extend them to other countries.

It was made necessary because the unthinking forwards led to dangerous situatiins like lynching due to fake mesages of child-lifting reaching thousands of people within seconds.

This causes not only a huge loss of productivity but also reduces actual human contact and face-to-face communication. Another problem arising from it is war of words between those in a groupk who belong to rival idrologies.

Some feel that Prime Minister Narendra Modi is under attack from ‘Dynasty Devotees’ who want the return of Rahul and his dynasty to power. The DDs call them Modi Bhakts (worshippers). Both sides feel the other side has paid people doing the messagung.

Though some of the posts do seem to be created by the IT Cells of the BJP and the Congress, most are posted by people who strongly feel on issues. Some posts, especially those attacking the other religions, are the handiwork of fanatics/fundamentalists wanting to fan social tensions and even riots.

It is true that Modi, supposed to be more orthodox and backward, as an RSS fulltimer, than the ‘young, foreign educated and secular’ Rahul Gandhi, used the electronic media and technology more erffectively than Rahul initially, but soon the Congress caught up.

Intervening in a raging war of words between two members if a family group, with both quitting the grouo repeatedly in protest (to be added back by the group admin) I had to tell them to refrain from political posts and stuck to family issues.

People have a right to believe that only the Indira dynasty can rule India and that religion can be used for votebank politics or that anyone who talks of nationalism is communal.

Similarly others can not call them psudosecular and say most Muslims stayed back in India after partition not because they were secular but for their property, posts and to make India an Islamic country.

One group can’t question the other or say that everyone here must owe allegiance to this country first and be patriotic.

So no political posts on family or professional groups. One can post them directly to to others who agree with the ideology.

Group admins, held responsible and even arrested for offensive posts, should ensure that politics are to be discussed only on griups that are meant for it.